In config.el i defined the following:

In this screenshot the font that i want is applied, so it works in this regard. In other files it works as well.

However, if i open alacritty.yml, emacs uses a different font: 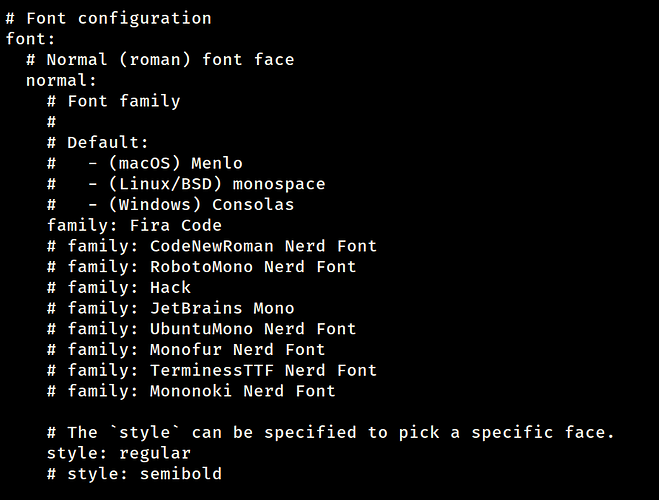 What did you expect to happen?

I expect the font to be the same, also in .yml and all other files, for which emacs doesn’t have a module.

After enabling (yaml +lsp) in init.el the correct font is applied, but i don’t understand why emacs didn’t apply it in the first place.

Also (bonus question): in alacritty i also have a different font from emacs, although i tried to define the same font as in emacs as shown in the previous screenshot.

image3826×350 111 KB
Made with by your favorite floating tomato. Rip and tear, until it compiles.