Can we please get rid of the giant welcome banner?

It is not perfect on desktop, but on phones the experience is very suboptimal. My phone is not small (6.8" 18:9 2160x1080p) but when I open doom discourse the welcome banner takes half of my screen 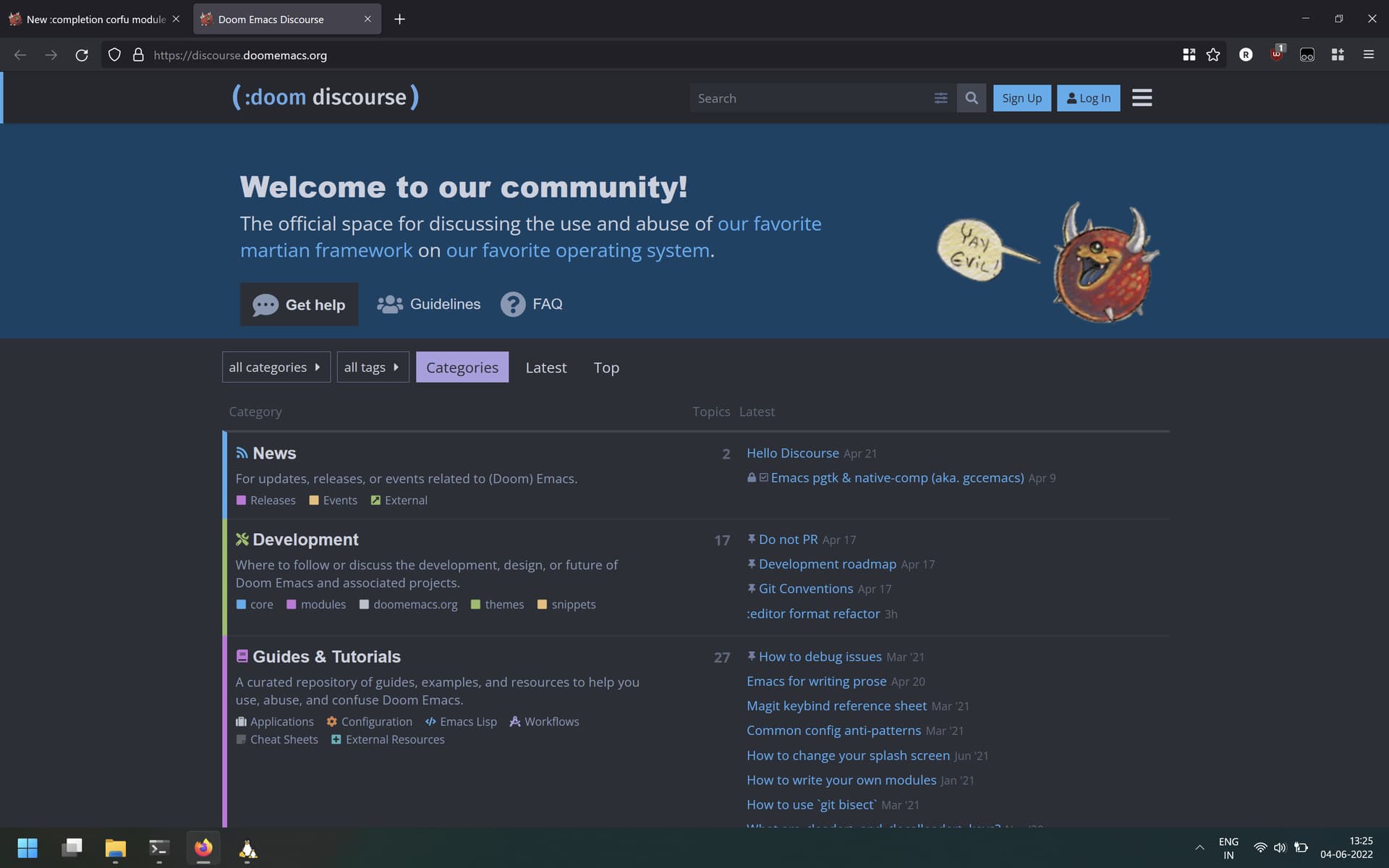 I understand it is probably intended to make first impression friendlier, but for repeated reading it gets kinda tiring.

As such can we remove the banner on phones or at least make it smaller, or at least allow user to disable it in config?

I’m swamped with the CLI and doc rewrite, so it’ll be some time before I get to it, but I’d welcome a PR (to GitHub - doomemacs/discourse-theme: The theme for Doom Emacs' DIscourse) to reduce the banner to the three buttons (on small displays), but not to remove it altogether.

I understand it is probably intended to make first impression friendlier

That’s 20% of the reason, the other 80% is to remind folks that the help and FAQ guidelines exist (and that they should be consulted before they ask for help). This is enough of an issue that I don’t want to give the user the option to hide the buttons (and why I’m not using Discourse’s banner topic feature), but the rest of the banner is fair game. 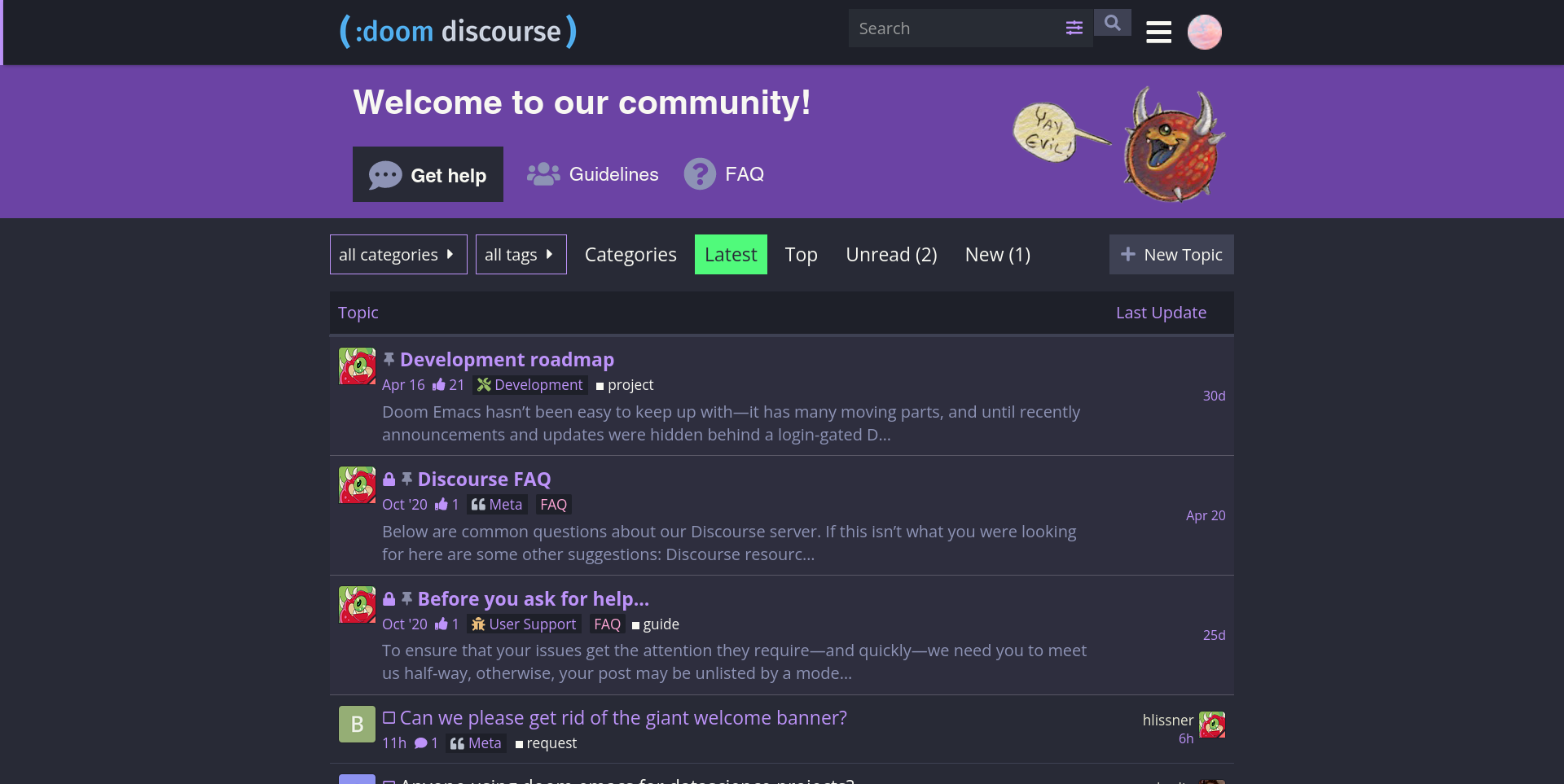 It takes up ~55% less vertical space than the current banner but remains mostly the same.

The biggest change is removing the paragraph after “Welcome…”.

Other than that I just tweaked a couple of things.

This is just playing with dev-tools in Firefox but I forked the repo and I can replicate it in the source files.

In order to really test it, I’d need to set up a local instance of discourse and that’s more time and effort than I’m willing to spend right now.

EDIT: Nuts. I forgot I’d set Firefox to 133% zoom on my laptop. Disregard this until I correct that.

Okay, after setting Firefox back to its default zoom we’re looking at a 40% reduction in vertical space taken by the banner. 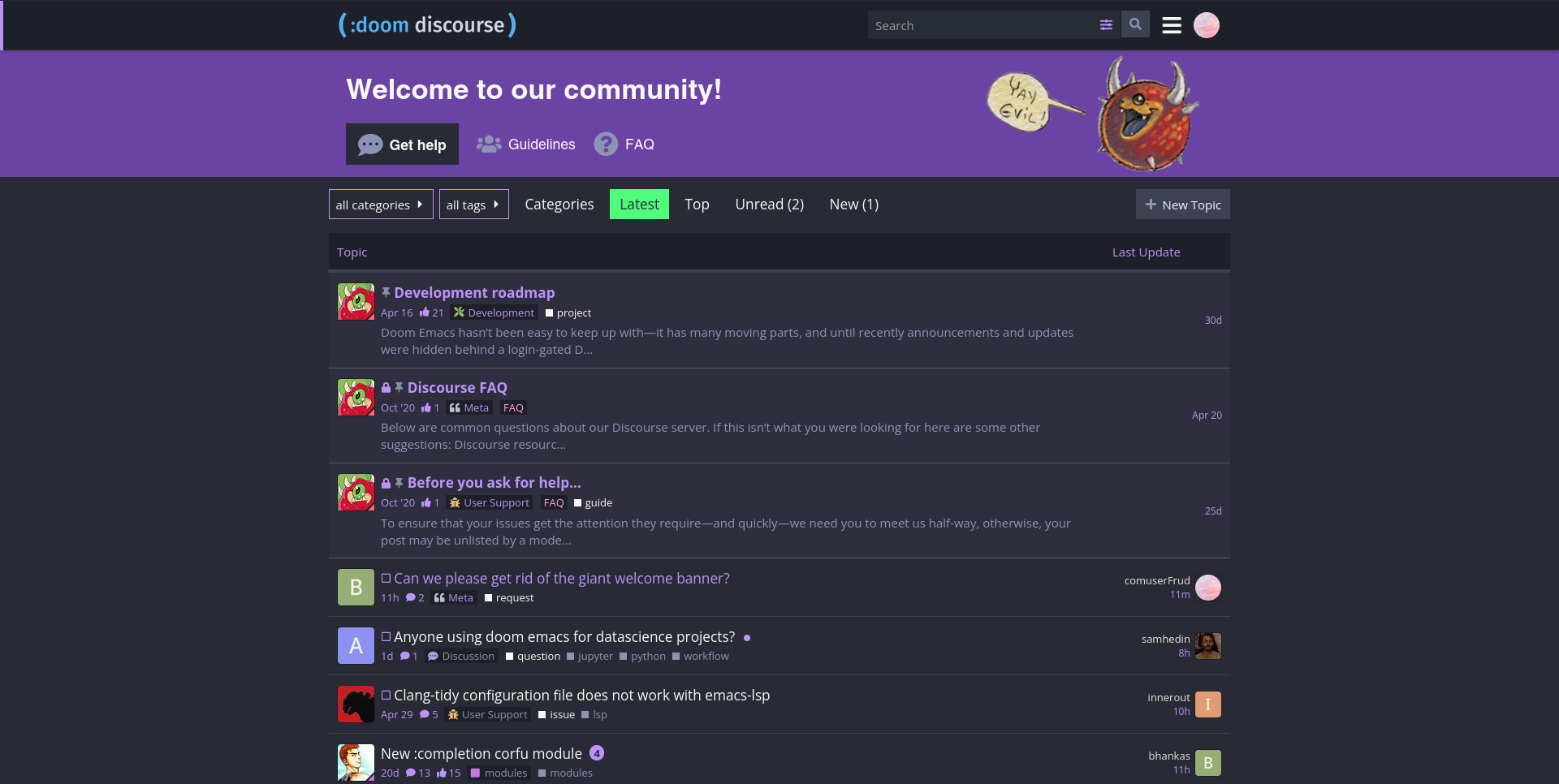 Still fairly big for my taste, but better than before. Thanks for quick work!

@comuserFrud did you create a PR for this? Once a PR is created I can mark this as as resolved.

No, I haven’t touched it in a week.

I’ll fiddle with it tonight and submit a PR.